Macedonia is a small country with a population just under 2 million, located in the hearth of the Balkan Peninsula. It has earned the reputation of the hidden gem of the Balkan, as it features some of the most beautiful mountains, lakes and valleys in the whole region. Macedonia is a common summer vacation for Eastern Europeans, but it’s heavily overlooked by Westerns when compared to other neighboring states like Greece, Serbia and Croatia. Adding to its wonderful landscapes, here are my top 5 reasons on why you should consider visiting Macedonia in the near future. 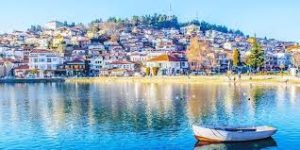 Macedonia has a unique natural environment that is composed of a number of large mountains, crystal clear lakes, and beautiful forests and valleys, presenting a great opportunity for outdoorsman or photographers to capture the spectacular scenery. Lake Ohrid is the most visited destination in the whole country, apart from being declared a UNESCO World Heritage site, the lake also claims the title of the oldest lake in Europe and possibly even the world. The three National Parks of Macedonia: Pelister, Galichica and Mavrovo present a vast landscape of unspoiled wilderness for visitors to explore, featuring many different types of flora and fauna. Another “must see” site in Macedonia is the Canyon Matka, located just 15 km from the city capital. 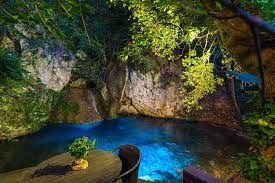 The country of Macedonia is a meer shell of its former self, as during the conquest of Alexander The Great, the Macedonian Empire stretched from as far as the pyramids in Egypt, all the way to the Arabian Sea in India. Today, visitors have a chance to see several historic sites from ancient times such as the city of Heraclea, the ruins of Stobi, the temples in Plaoshnik and the Aqueduct in Skopje. However this aren’t the only tourist attractions from past times, as you can find many more relics from both ancient and medieval times scattered across the country.

The Macedonian cuisine is another part added to its rich tradition, as a large number of its dishes are still being prepared with the same ingredients and manners as they were done centuries ago. Whiles some recipes have stayed the same through the ages, others have been adapted to suit the local flavor of the present day. Another important aspect of Macedonia’s rich history and culture is its wine, as the land and climate of the country are more than suitable for making some of the finest wine in the world. The Tikvesh valley is among the biggest wine regions in the Balkan Peninsula, where visitors can come and enjoy several types of quality wines for a rather cheap price, which brings me to my next point. 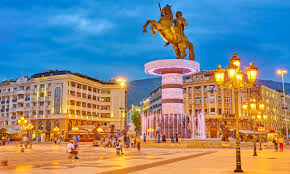 If you are traveling on a budget, Macedonia is the perfect destination for you, where you can find hostels for around 10 euro’s and some of the best local beers for around a euro. Like previously mentioned the food in Macedonia is quite cheap and you can fill up a week’s worth of food, for around 40 euro’s or dine at a fancy restaurant, where a standard dish, with a drink and salad included won’t cost you over 10 euros. I do recommend however being a bit cautious when taking a cab in the capital of Skopje, as locals will charge extra if they notice you are a tourist.